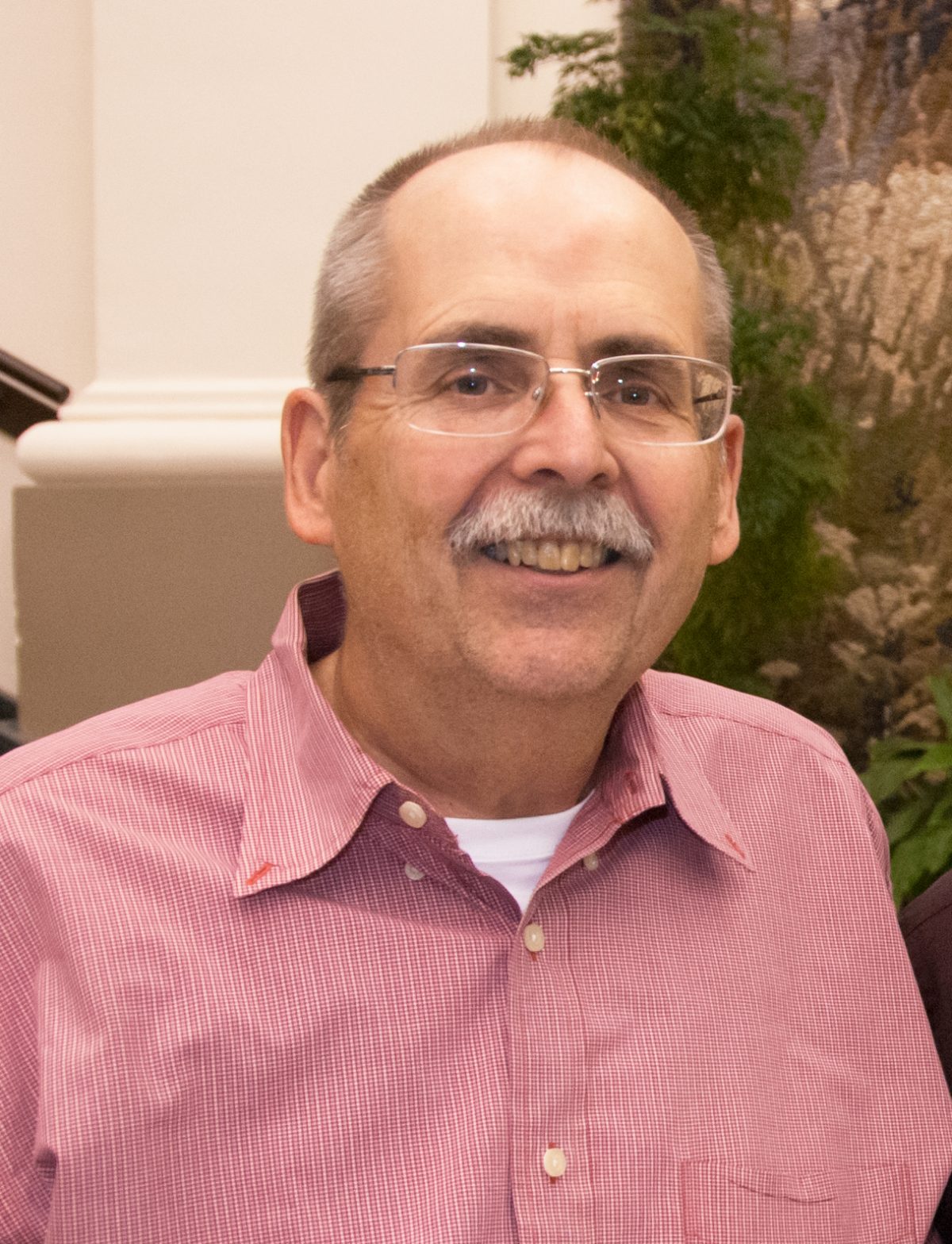 Each year UW-Madison’s College of Letters and Science recognizes a single member of the L&S Academic Staff with the Judith Craig Distinguished Service Award. The recipient must have at least 15 years of service and a record that demonstrates outstanding service to the College and University throughout his/her career. This year that recipient is our very own Mark Wetter, Senior Academic Curator of the WI State Herbarium. Like most museum curators, whether they specialize in the fine arts or natural history, Mark’s efforts take place primarily behind-the-scenes, but these highly skilled and detail-oriented individuals are almost always the backbone of such institutions and help to shape their legacies.

In addition to his curatorial duties, each year Mark Wetter trains a dozen or so undergraduate students and works closely to assist graduate students with their research.  In the 1980s museum curation mostly involved traditional techniques of pressing plants between newspapers, gluing them to acid-free paper, and typing (yes, on a typewriter) the label information.  Hundreds of budding botany students learned these skills directly from Mark.  Some of these methods remain the same, of course, but the herbarium curator today also is approving requests for DNA samples, applying vinyl barcodes to specimens, databasing, geo-referencing with Google Maps, and using high resolution digital photography to fully digitize the museum collections; archival labels these days are prepared with a laser jet printer!  Mark has kept up with the times by embracing new methods and passing these on to the next generation.  Many of the students who were trained by Mark have gone on to assume prestigious curatorial positions themselves (e.g., Dr. Matt Pace is now Assistant Curator of the New York Botanical Garden Herbarium, largest in the Western Hemisphere) thanks to his educational efforts.

But, Mark Wetter has not simply been a supervisor or technician who manages incoming/outgoing specimen loans. He is also a highly trained botanist. Among his most notable scientific contributions is authorship of the “Checklist of the Vascular Plants of Wisconsin.”  This reference (continuously updated and now in electronic form) serves as the definitive list of all native and introduced plants within the Badger State.  Unfortunately, Wisconsin is one of the few states that lacks a comprehensive published flora, so “The Wetter Checklist” is used instead by government biologists, students, and amateur naturalists who need to identify and apply the correct name to plants.  He was instrumental in taking that checklist and developing it into the first online database with individual species pages known as “wisflora” back in the early 2000s.  Today that project has grown into a statewide consortium of more than a dozen contributing herbaria and a nucleus for the Consortium of Midwest Herbaria.  Since joining the staff in 1985 Mark also participated in several plant collecting expeditions to Mexico with the late Professor Hugh Iltis that resulted in a series of publications in collaboration with colleagues at the University of Guadalajara.

Finally, one can’t overlook the service that Mark Wetter has provided outside of the WI State Herbarium.  Within Botany he has become a legend for his culinary prowess – each spring he prepares grilled brats for our departmental picnic and each winter his holiday punch is featured front and center at our holiday reception (if you want the recipe, just ask, he will gladly share it).  It’s no wonder that Mark is always asked to serve on our Social Committee!  Also, Botany asks its academic staff to elect a representative liaison to the faculty who is granted voting privileges.  Every year Mark has been elected unanimously every year by his peers.  His commitment to shared governance is further reflected in having served as a Representative to the Academic Staff Assembly (District 36 then 406) for 29 consecutive years from 1987 to 2016.  He stepped down a few years ago in order to take part as an officer within the East Madison Community Garden Association.  Mark gives 100% to everything that he does.

Mr. Mark Wetter truly embodies the spirit of the Judith Craig Distinguished Service Award with his tireless effort and dedication to science, outreach and public service since 1985.  Throughout history stories are told of heroic museum curators who would risk their own lives to save priceless artifacts from fire, flood, vandalism or theft.  Fortunately, Mark Wetter has not had to do that, but he would if necessary – his commitment, passion, and 36 years of devotion to the care of our irreplaceable collection and the people who use it has been unparalleled.  There should be no doubt that Mark has earned this most distinguished award.